Skip to Main Content
5th Anniversary Sale!! Use Coupon "BD14" to enjoy a 14% OFF Sitewide. SHOP NOW!
Home Article 9BB Cells vs. 5BB Cells: What are the advantages of 9BB cell solar panels?

9BB Cells vs. 5BB Cells: What are the advantages of 9BB cell solar panels?

If you're a camping/tenting lover and you shopped for solar panels for the following time. You may have heard about 5BB and 9BB. 5BB solar panels are still a good choice for folks to order on the market. What are the differences between 9BB and 5BB? Do 9BB have any limitations? Is it worthwhile to shop for 9BB solar panels today? 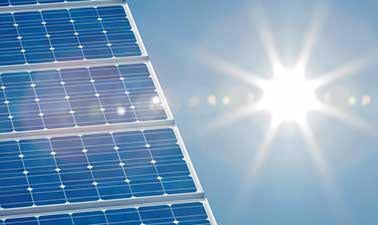 What does 9BB mean in solar panels?

9BB means nine busbars, the module contained several cells with nine busbars are mentioned as a 9BB solar panel. The more a solar panel has, the more electricity it can conduct. Before this, there are some other busbar type solar panels on the market like 5BB, 4BB, and 3BB.

The surface of a standard solar cell is characterized by a grid of busbars and fingers.

What is a busbar?

Busbars are current-conducting. They conduct the direct current(DC) generated by the solar photovoltaic(PV) cell. Busbars are the vertical lines manufactured from silver paste or high conductivity wires, that carry the cumulative current of fingers & are used to interconnect alternative cells, to develop the module. These sophisticated pieces of technology create complicated power distribution easier, more cost-effective, and more flexible.

The fingers are metallic and ultra-thin. They typically run perpendicular to the busbars, assembling the generated DC and delivering it to the busbars for conductivity. There’s no customary for the amount of fingers. It depends on how far apart the solar busbars are spaced.

Busbars and fingers are key to the design and production of conventional solar cells. It is not difficult to find that their operation in solar panels is highly similar to basic water transmission. Just as water pipes direct water to pumps, fingers direct current to busbars. We will use this example for different case analyses below.

Above the below introduction, we all know that 9BB and 5BB are different on their busbar. So, what is the advantage of 9BB compared with 5BB?

As within the water transmission example mentioned above, 5BB equals five pumps, and 9BB equals nine pumps. Inside the specified limits, nine pumps (9BB) are nearer to each other than five pumps (5BB), and more water may be collected with less loss.

Micro-cracks have a lower impact on 9BB solar cells

Micro-fractures, conjointly called micro-cracks, is a kind of solar cell deterioration that may influence the energy production of a solar electrical phenomenon system, moreover as well as its longevity.

The solar panel consists of cells in parallel, that are divided into items by the busbars. Once cracks appear in the same space, 1/9 of 9BB cells are going to be affected whereas the 5BB one is 1/5.

Let's bring this setup to the instance of water transmission, wherever 9BB has nine pumps, and 5BB has five pumps. If one pump is broken, 9BB leaves eight pumps to gather water, whereas 5BB solely has four pumps.

The 9BB PV module can lower the present intensity between every cell thanks to the reduced busbar area, enhancing the PV module's potency.

As the busbars on the 9BB solar panel are thinner than those on the 5BB solar panel, their coverage on the cells is smaller, permitting more sunlight to achieve the cell. As a result, the 9BB includes a greater power production efficiency with the constant size.

In principle, the amount of busbars is proportional to the performance of solar panels. Beneath ideal conditions, the more busbars in a solar cell, the upper the solar module's performance. 9BB solar panels are better than 5BB solar panels supported this general guideline. Currently, 9BB cells are the leading solar cell and module design trends out of their upgraded advantages. we've reason to anticipate that the 9BB solar panel can surmount the 5BB one through continuous technological advancement.

As a sustainable energy brand, BougeRV keeps up with the innovation of solar panels to bring new experiences to our customers. We launch a new series of 9BB solar panels for you. If you are interested in these, please visit the related product pages for more information.

Previous: Are Portable Solar Panels A Good Choice for Traveling and Camping?
Next: What’s the Difference Between EV Charging Levels?

What are Thin Film Solar Panels?